A film by Louise Mootz 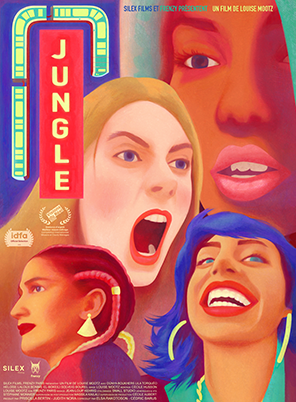 Awards ceremony speech from the Jury (Manuel Abramovich, Pedro Fernandes Duarte et Simone Späni) :
"This film follows a group of women, friends and artists through their everyday joys and struggles with an impressive intimacy. A group who lives by their own norms and represents their own image of gender and culture by denying the usual societal gaze. Female and body empowerment, queer and cross-cultural. A film that challenges the system. Shot with a freedom, and energy, and an unexpectedness that defies the norms of filmmaking. A Paris which we've never seen represented on screen like this and which we'd like to see more of. A truly queer and feminist film with an unusual urgency."